A developer's guide to building dapps on Fuel.

This guide will walk developers through writing a smart contract in Sway, a simple test, deploying to Fuel, and building a frontend.

Before we begin, it may be helpful to understand terminology that will used throughout the docs and how they relate to each other:

There are four types of Sway programs:

Contracts, predicates, and scripts can produce artifacts usable on the blockchain, while a library is simply a project designed for code reuse and is not directly deployable.

The main features of a smart contract that differentiate it from scripts or predicates are that it is callable and stateful.

A script is runnable bytecode on the chain which can call contracts to perform some task. It does not represent ownership of any resources and it cannot be called by a contract.

See the chapter on program types for more information.

We'll build a simple counter contract with two functions: one to increment the counter, and one to return the value of the counter.

A few pieces of info that will be helpful before moving on:

Then with forc installed, create a contract project inside of your fuel-project folder:

Here is the project that Forc has initialized:

Forc.toml is the manifest file (similar to Cargo.toml for Cargo or package.json for Node) and defines project metadata such as the project name and dependencies. You'll notice a Cargo.toml file because forc uses cargo under the hood.

Open your project in a code editor and delete the boilerplate code in src/main.sw so that you start with an empty file.

Every Sway file must start with a declaration of what type of program the file contains; here, we've declared that this file is a contract.

Next, we'll define a storage value. In our case, we have a single counter that we'll call counter of type 64-bit unsigned integer and initialize it to 0.

An ABI defines an interface, and there is no function body in the ABI. A contract must either define or import an ABI declaration and implement it. It is considered best practice to define your ABI in a separate library and import it into your contract because this allows callers of the contract to import and use the ABI in scripts to call your contract.

For simplicity, we will define the ABI directly in the contract file.

#[storage(read, write)] is an annotation which denotes that this function has permission to read and write values in storage.

fn increment(); - We're introducing the functionality to increment and denoting it shouldn't return any value.

#[storage(read)] is an annotation which denotes that this function has permission to read values in storage.

Below your ABI definition, you will write the implementation of the functions defined in your ABI.

What we just did

Read and return the counter property value from the contract storage.

The function body accesses the value counter in storage, and increments the value by one. Then, we return the newly updated value of counter.

Here's what your code should look like so far:

From inside the fuel-project/counter_contract directory, run the following command to build your contract:

In the directory tests, navigate to harness.rs. Here you'll see there is some boilerplate code to help you start interacting with and testing your contract.

At the bottom of the file, define the body of can_get_contract_instance. Here is what your code should look like to verify that the value of the counter did get incremented:

Run the following command in the terminal:

Note The forc test command is in the process of being reworked to perform in-language unit testing, at which point we will recommend using cargo directly for your Sway+Rust integration testing. See this issue for more details.

It's now time to deploy the contract to the testnet. We will show how to do this using forc from the command line, but you can also do it using the Rust SDK or the TypeScript SDK.

In order to deploy a contract, you need to have a wallet to sign the transaction and coins to pay for gas. First, we'll create a wallet.

After typing in a password, be sure to save the mnemonic phrase that is output.

With this, you'll get a fuel address that looks something like this: fuel1efz7lf36w9da9jekqzyuzqsfrqrlzwtt3j3clvemm6eru8fe9nvqj5kar8. Save this address as you'll need it to sign transactions when we deploy the contract.

With your account address in hand, head to the testnet faucet to get some coins sent to your wallet.

Now that you have a wallet, you can deploy with forc deploy and passing in the testnet endpoint like this:

The terminal will ask for the address of the wallet you want to sign this transaction with, paste in the address you saved earlier, it looks like this: fuel1efz7lf36w9da9jekqzyuzqsfrqrlzwtt3j3clvemm6eru8fe9nvqj5kar8

The terminal will output your contract id. Be sure to save this as you will need it to build a frontend with the Typescript SDK.

The terminal will output a transaction id to sign and prompt you for a signature. Open a new terminal tab and view your accounts by running forc wallet list. If you followed these steps, you'll notice you only have one account, 0.

Grab the transaction id from your other terminal and sign with a specified account by running the following command:

Enter your password when prompted, and you'll get back a signature. Save that signature, and return to your other terminal window, and paste that in where its prompting you to provide a signature for this transaction.

Finally, you will get back a TransactionId to confirm your contract was deployed. With this ID, you can head to the block explorer and view your contract.

Note: You should prefix your TransactionId with 0x to view it in the block explorer

Create a Frontend to Interact with Contract

Now we are going to

To split better our project let's create a new folder frontend and initialize our project inside it.

In the terminal, go back up one directory and initialize a react project using Create React App.

You should now have your outer folder, fuel-project, with two folders inside: front-end and fuel-contract

On this step we need to install 3 dependencies for the project:

ABI stands for Application Binary Interface. ABI's inform the application the interface to interact with the VM, in other words, they provide info to the APP such as what methods a contract has, what params, types it expects, etc...

Move into the frontend folder, then install the dependencies:

To make it easier to interact with our contract we use fuelchain to interpret the output ABI JSON from our contract. This JSON was created on the moment we executed the forc build to compile our Sway Contract into binary.

If you see the folder fuel-project/counter_contract/out you will be able to see the ABI JSON there. If you want to learn more, read the ABI Specs here.

Now you should be able to find a new folder fuel-project/frontend/src/contracts. This folder was auto-generated by our fuelchain command, this files abstract the work we would need to do to create a contract instance, and generate a complete TypeScript interface to the Contract, making easy to develop.

For interacting with the fuel network we have to submit signed transactions with enough funds to cover network fees. The Fuel TS SDK don't currently support Wallet integrations, requiring us to have a non-safe wallet inside the WebApp using a privateKey.

Note this should be done only for development propose never expose a WebApp with a privateKey inside. The Fuel Wallet is in active development, follow the progress here.

In the root of the frontend project create a file, createWallet.js

In a terminal, run the following command:

Note: You should use generated address and private key.

Save the private key, you will need this later to set it as a string value for a variable WALLET_SECRET in your App.tsx file. More on that below.

First, take the address of your wallet and use it to get some coins from the testnet faucet.

Now you're ready to build and ship

Note: The team is working to simplify the process of creating a wallet, and eliminate the need to create a wallet twice. Keep an eye out for these updates.

Inside the frontend folder let's add code that interacts with our contract. Read the comments to help you understand the App parts.

Change the file fuel-project/frontend/src/App.tsx to:

Now it's time to have fun run the project on your browser;

Congrats you have completed your first DApp on Fuel

Tweet us @fuellabs_ letting us know you just built a dapp on Fuel, you might get invited to a private group of builders, be invited to the next Fuel dinner, get alpha on the project, or something .

If you make changes to your contract, here are the steps you should take to get your frontend and contract back in sync:

Head over to the Fuel discord to get help. About this book This is a book on the functional paradigm in general. We'll use the world's most popular functional programming language: JavaScript.

📚 Study guide and introduction to the modern front end stack. TypeScript Deep Dive I've been looking at the issues that turn up commonly when people start using TypeScript. This is based on the lessons from Stack

A learning guide for JavaScript programmers.

A kickstarter guide to writing ES6 A website that acts as a guide about the universities to potential students whole throughout the globe.

A website that acts as a guide about the universities to potential students whole throughout the globe.

Overview Sheetzapper imports your account value accross Zapper.fi supported wallets and dapps into a Google Sheet. This allows you to chart your net w

Web3UIKit ??‍♂️ Beautiful and lightweight UI components for web3 developers. This UI library will speed up your dapp development no matter which chain 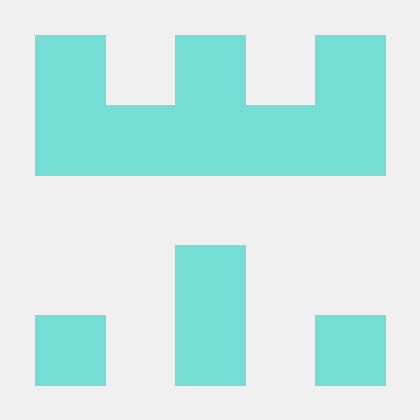 A postMessage bridge to connect to dapps loaded into an iframe.

cardano-dapp-connector-bridge A postMessage bridge to connect to dApps loaded into an iframe. Motivation In April 2022, browser extensions are the onl

Weaver Provide the user interface for ibax. Provide the IDE for App development. Save the private key of the user account and grant the permissions. R

Impersonator Extension Log-in as ANY address on ALL dapps. Impersonator injects into the dapps just like Metamask, but gives you the freedom to set cu

We are creating a Library that would ensure developers do not reinvent the wheel anymore as far as Authentication is concerned. Developers can easily register and download authentication codes that suits their need at any point.

Airbnb JavaScript Style Guide() { A mostly reasonable approach to JavaScript Note: this guide assumes you are using Babel, and requires that you use b