brain is a JavaScript neural network library. Here's an example of using it to approximate the XOR function:

If you have node you can install with npm:

Using in the browser

Download the latest brain.js. Training is computationally expensive, so you should try to train the network offline (or on a Worker) and use the toFunction() or toJSON() options to plug the pre-trained network in to your website.

Use train() to train the network with an array of training data. The network has to be trained with all the data in bulk in one call to train(). The more training patterns, the longer it will probably take to train, but the better the network will be at classifiying new patterns.

train() takes a hash of options as its second argument:

The network will train until the training error has gone below the threshold (default 0.005) or the max number of iterations (default 20000) has been reached, whichever comes first.

By default training won't let you know how its doing until the end, but set log to true to get periodic updates on the current training error of the network. The training error should decrease every time. The updates will be printed to console. If you set log to a function, this function will be called with the updates instead of printing to the console.

The output of train() is a hash of information about how the training went:

If the network failed to train, the error will be above the error threshold. This could happen because the training data is too noisy (most likely), the network doesn't have enough hidden layers or nodes to handle the complexity of the data, or it hasn't trained for enough iterations.

If the training error is still something huge like 0.4 after 20000 iterations, it's a good sign that the network can't make sense of the data you're giving it.

Serialize or load in the state of a trained network with JSON:

You can also get a custom standalone function from a trained network that acts just like run():

NeuralNetwork() takes a hash of options:

Specify the number of hidden layers in the network and the size of each layer. For example, if you want two hidden layers - the first with 3 nodes and the second with 4 nodes, you'd give:

By default brain uses one hidden layer with size proportionate to the size of the input array.

The network now has a WriteStream. You can train the network by using pipe() to send the training data to the network.

Refer to stream-example.js for an example on how to train the network with a stream.

To train the network using a stream you must first create the stream by calling net.createTrainStream() which takes the following options:

Use a Transform to coerce the data into the correct format. You might also use a Transform stream to normalize your data on the fly.

Deep Neural Network Sandbox for Javascript Train a neural network with your data & save it's trained state! Demo • Installation • Getting started • Do

architecture-free neural network library for node.js and the browser

Synaptic Important: Synaptic 2.x is in stage of discussion now! Feel free to participate Synaptic is a javascript neural network library for node.js a

Deep Learning in Javascript. Train Convolutional Neural Networks (or ordinary ones) in your browser.

ConvNetJS ConvNetJS is a Javascript implementation of Neural networks, together with nice browser-based demos. It currently supports: Common Neural Ne

A lightweight library for neural networks that runs anywhere

Synapses A lightweight library for neural networks that runs anywhere! Getting Started Why Sypapses? It's easy Add one dependency to your project. Wri

Simple Javascript implementation of the k-means algorithm, for node.js and the browser

Version 2 is now available and under development in the master branch, read a story about v2: Why I refactor tesseract.js v2? Check the support/1.x br

This repository has been archived in favor of tensorflow/tfjs. This repo will remain around for some time to keep history but all future PRs should be

neurojs is a JavaScript framework for deep learning in the browser. It mainly focuses on reinforcement learning, but can be used for any neural networ

April 19, 2018 TensorFlow.js was recently released. It is well engineered, provides an autograd-style interface to backprop, and has committed to supp

ml.js - Machine learning tools in JavaScript Introduction This library is a compilation of the tools developed in the mljs organization. It is mainly 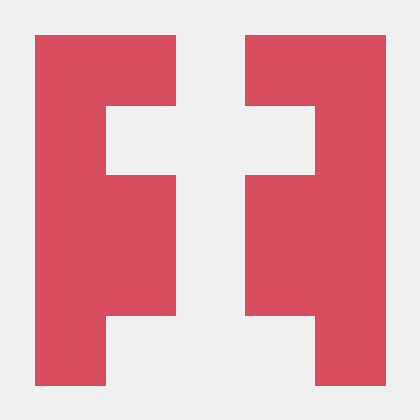 JavaScript API for face detection and face recognition in the browser and nodejs with tensorflow.js

face-api.js JavaScript face recognition API for the browser and nodejs implemented on top of tensorflow.js core (tensorflow/tfjs-core) Click me for Li

Introduction to Boa Boa is the Python Bridge Layer in Pipcook, it lets you call Python functions seamlessly in Node.js, it delivers any Python module