An AWS Cloud Native application using CDK that defines a Serverless Event Driven application for interacting with Twitter and utilising Machine Learning / AI as a Service.

An AWS Cloud Native application using CDK (Written in TypeScript) that defines a Serverless Event Driven application for interacting with Twitter and utilising Machine Learning / AI as a Service. First point to realise for this application, is that it could be simplified down to a few lambdas without Events - and for this single use-case it would work fine. The premise here is to demonstrate many different concepts and a Serverless Event Driven architecture that works for simple applications as well as for the Enterprise.

This whole application is defined here within CDK, apart from the Ad-Hoc Athena queries, some examples can be seen below.

The application only costs money when it is processing a message from Twitter, otherwise it is sitting in a standby state - with the only cost being the minor cost of S3 and CloudWatch log persistence. More can be seen in the Cost section below.

It is Event Driven because it is reactive based on the webhooks coming from Twitter, as soon as a message is received then AWS will take care of provisioning the resources, as defined in this application, to process it and then shut down again. This works whether it's a single message or a burst of 100's of messages.

The Ingress Microservice at the top of the diagram takes care of accepting the messages from Twitter, this includes the authentication (Using API Keys stored in Secrets Manager). Each message is sent to a Lambda using a Proxy integration - this takes care of Authentication and then sending the payload into EventBridge. Note, the messages could be sent directly to EventBridge from API Gateway, but a Lambda Authoriser would be needed anyway - so using a Lambda Proxy Integration keeps this simple.

The raw message is sent to EventBridge with the type of message set as the detail-type - Twitter lists all of the types that could be sent to the endpoint in it's documentation.

The Plumbing Microservice consists of the Event Hub within EventBridge utilised for effectively linking all the Microservices. It also is configured with an Event Archive to allow replaying of events if required.

A catch-all rule exists to push every event into CloudWatch logs for two purposes:

A Metric Filter is deployed to the CloudWatch group for each type of message which generates a customer Metric that can then be used to visualise the events flowing through the system.

The Analysis Microservice deploys a rule into the Plumbing Event Hub to catch all MESSAGE_RECEIVED events - this starts an execution on a StepFunction to allow orchestration of multiple services:

The Alerting Microservice deploys a rule into the Plumbing Event Hub to catch all MESSAGE_ANALYSED events which have found text with a Sentiment of NEGATIVE. This targets an SNS Topic that can be sub-scribed to from Email addresses, Phone Numbers, etc to get alerts when Negative messages are received. It could integrate into Slack and other notification systems.

The Image rule executes a Lambda which pulls the image from S3 (downloaded earlier) and uses the Rekognition insights to add Celebrity names onto the image next to the faces - and then generates a command Event onto the Plumbing Event Bus with the list of celebrities (or message saying none found) called SEND_TWEET.

The Text rule executes a Lambda which calls Amazon Lex - an AI Conversational Bot which was built/defined in CDK. Lex utilises a separate Lambda to fulfilment any highlighted topics (Jokes/Facts) and returns the response. A SEND_TWEET command is generated and pushed to the Plumbing Event Bus.

The Egress Microservice deploys a rule into the Plumbing Event Hub to catch all SEND_TWEET commands and executes a Lambda which pulls API credentials from Secrets Manager, pulls any images from S3 and then calls the Twitter API to create a reply tweet. If it wasn't for the Images, then this could be done with a EventBridge API Destination in theory.

The Analytics Microservice deploys a rule into the Plumbing Event Hub to catch all messages. This targets Kinesis Data Firehose, which is configured to use a Lambda for transformation (simply adds a newline after each message so they can be parsed later) and then store in S3 as a Data Lake - it has a 1 minute buffer configured so is not real-time.

A Glue Table has also been defined for MESSAGE_ANALYSED that can be used by Athena - Glue could also be configured to crawl the S3 bucket and build the tables automatically, but for the purposes of the reporting required here a single static table (based on an Internal event that is known) makes most sense.

Athena can be used against the bucket, and using the Glue table to run SQL queries about the messages received and all the analysis data (Such as find all messages that are Positive, or all messages that contained an image with a car in it).

If not already setup for CDK then you will need:

Within the root of this application you should be able to then run a npm install to restore the dependencies.

Once installed, then you can run cdk deploy --all --context twitterAccountId=999999 to build and deploy all stacks to your default AWS account/region. Fill in your own account ID here. For other CDK commands then check documention.

The API Gateway URL should be output to the console as part of the deployment, but may be hard to find in the output - it will look something like: IngressStack.APIGateway = https://99dd9d9dd.execute-api.eu-west-1.amazonaws.com/prod/

If you cannot find it, then navigate to API Gateway in your console and you should have an API called ingress-api - if you navigate to this and then Stages and prod you can see the url there.

Once a webhook is registered then an API call will be made to the API Gateway to verify, this can be seen in the logs for the IngressStack-TwitterActivitylambda lambda for debugging.

Create a Secret in Secret Manager manually in the correct AWS account and region with the name TwitterSecret and value of the below. (In the UI this is added as a Key/value pair or plaintext of the raw JSON like below):

You can use the below ad-hoc queries in Athena by selecting the messages-data-lake Glue table created as part of this CDK app. Some sample searches below:

The cost of processing can be broken down into a few areas:

This is the most expensive part, especially since the Step Function in this application is currently running the text and images through multiple APIs and not using all the results - obviously in a production ready system that could be handling millions of requests then this should be optimised. As is though, to deal with 1 million requests (50/50 on text and image), it would cost about £1500. This works out as £0.0015 per message - or about 15p for 100 messages.

The Code/Infrastructural is the second most expensive part, but mainly because of using a Standard Step Function - which as mentioned above is not optimised as it calls the AI services for everything - adding extra steps, and in production would be better suited to Express step functions for each specific use-case potentially. Even so, this works out at around £130 to handle 1 million messages, this works out as £0.00013 per message, less than 1p for 100 messages.

Interestingly Lambda would be less than a few pounds to handle 1 million messages with the use-case in this application. This works out as a ridiculously small number per message, or even per 100 messages.

Storage is cheap on AWS, so to store a lot of history in the Data Lake and in CloudWatch then this would probably work out as up to around £5 (assuming 1 million messages). With more realistic numbers this would be pence.

This application provides the CDK project and a frontend that allows you to build a serverless chat application based on API Gateway's WebSocket-based API feature. A monorepo that uses the AWS Cloud Development Kit to deploy and configure nanomdm on AWS lambda.

NanoMDM on AWS This repo builds and configures a nanomdm server to run on AWS lambda. It uses the Cloud Development Kit and tries to follow best pract

Alexa Skils - CI/CD CDK Pipeline This repository will help you setting up a CI/CD pipeline for your Alexa Skills. This pipeline is powered by AWS Clou A sample code that implements a simple Web app using AWS CDK v2. This code will be introduced in a live coding session at AWS Summit Online Japan 2022 Developer Zone in 2022/5/25.

cdk-web 🚀 DEMO 💪 AWS CDK compiled for web (and Node!) cdk-web and aws-cdk-web are functionally identical packages on npm. read about the differences

dynamodb-migrations This repo is heavily in progress! Readme describes desired contract and functionality. Please do not try using it yet!. I'm not ev

Learn Web 2.0 Cloud and Web 3.0 Development in Baby Steps In this course repo we will learn Web 2.0 cloud development using the latest state of the ar

Under the Sea is an official AWS workshop delivered by AWS SAs and AWS Partners to help customers and partners to learn about AIOps with serverless architectures on AWS.

Under the Sea - AIOps with Serverless Workshop Under the Sea is an exciting MMORPG developed by the famous entrepreneur behind Wild Rydes, the most po

A robust, secure, and easily deployable image resizing service that resizes, optimizes, and caches images on "the edge," on the fly, built on AWS Serverless technologies. Served by CloudFront via an Origin Access Identity. Executed on [email protected] Backed by S3. Protected by AWS WAF. Provisioned via CloudFormation. Deployed by the AWS SAM CLI.

Image Flex A robust, secure, and easily deployable image resizing service that resizes, optimizes, and caches images on "the edge," on the fly, built 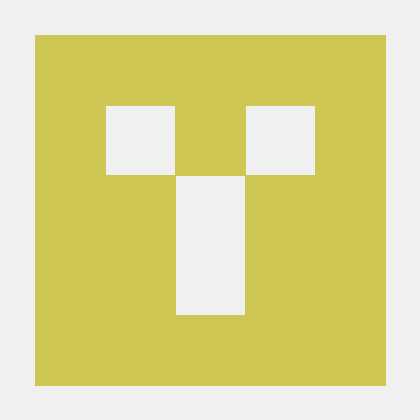 io-ts Typed Event Bus for the runtime of your Node.js application. A core for any event-driven architecture based app.

Typed Event Bus Based on io-ts types, this bus provides a handy interface to publish and consume events in the current runtime of the Node.js process.