Golf it! is a game designed to let you show off your code-fu by solving problems

Golf it! is a game designed to let you show off your code-fu by solving problems
in the least number of characters
Explore the docs »

One of our teammates loves to solve codegolf questions. We thought it would be a good idea to implement this as a one on one competition, where two players can compete live to write the shortest snippet of code to solve a question.

How we built it

The backend was built using NodeJS and Typescript. We used expressJS to implement all the routes required for submitting code. The backend uses an npm library called code-executor which was built in the past by one of our teammates, to execute code against test cases in isolated Docker containers. To implement real-time communication when a head-to-head game started, we used socket.io to connect both the players in the same room. We used firestore as a database.

The frontend was built using React and Bootstrap. We used socket.io-client to interact with the socket server, and axios to interact with the express backend. To display the code editor on the website with multiple themes and syntax support for languages, we used a library called react-ace.

We have many features planned for golf-it in the future:

To get a local copy up and running follow these simple steps.

This is an example of how to list things you need to use the software and how to install them.

Start the project locally by following these steps.

The backend of the project supports the following routes:

See the open issues for a list of proposed features (and known issues).

Contributions are what make the open source community such an amazing place to be learn, inspire, and create. Any contributions you make are greatly appreciated.

You are requested to follow the contribution guidelines specified in CONTRIBUTING.md while contributing to the project .

Distributed under the MIT License. See LICENSE for more information.

🎮 An easy to use 2D HTML5 game engine written in TypeScript

Quizpetitive - A quiz game to learn new knowledge and terms in the field of project management.

Quizpetitive A quiz game to learn new knowledge and terms in the field of project management. The key element to the success of this project was the c

Bitburner Bitburner is a programming-based incremental game that revolves around hacking and cyberpunk themes. The game can be played at https://danie

A clone of the popular Wordle game.

A clone of the popular game Wordle made using React, Typescript, and Tailwind

Wordle Clone Go play the real Wordle here Read the story behind it here Try a demo of this clone project here Inspiration: This game is an open source

2048-react This is a clone of 2048 implemented using React. It's running live here. The game logic is implemented in ./src/components/mainBoard.jsx. I

Aegis A tiny game to practice Age of Empires IV building shortcuts. Using ⚛️ Create-React-App and 🐻 Zustand. License With the exception of all visual 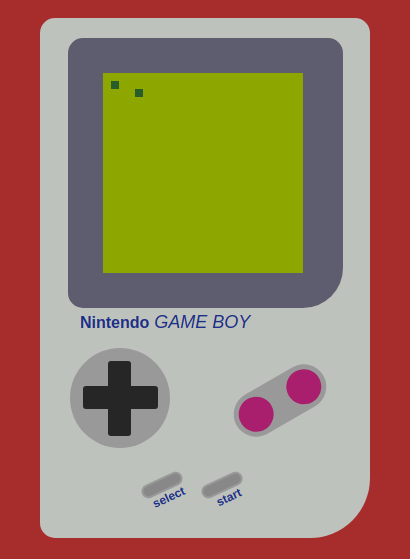 High-performance: Eva.js is powered by efficient runtime and rendering pipeline (Pixi.JS) which makes it possible to unleash the full potential of your device.

Technologies WordleGameCB WordleGameCB is a game inspired by the Wordle word game developed by Josh Wardle. This application was developed with the ai

A simple app to show NBA games and scores/details.

NBA Remix A simple app to show NBA games and scores/details. Deployment After having run the create-remix command and selected "Vercel" as a deploymen

Bytle A Wordle-like game where you have to guess the unsigned 8-bit binary number! Game coded in 2h 14m 50.570s, but it's not like I'm counting how lo

Provides 5 keywords with which to narrow down your wordle game. I ruin nice things.

Widdle?? I hate fun so I wrote a script that ruins Wordle. This script can be used to find a Widdle, a set of five words that cover nearly all letters

Your last resort in woordle to maintain your woordle win streak

Created by Hashlips! In this repository, Hashlips and ScrawnyViking teach you how to create your unique randomly generated NFTs and launch them on to a free Github Domain where people can buy your NFTs from

Thank You HashLips ?? Upgraded and Articulated by ScrawnyViking aka TWECryptoDev All the code in these repos was created and explained by HashLips - P

A lightweight 3D game engine for the web.

A lightweight 3D game engine for the web. Built with three.js and cannon-es.

LittleJS Logo LittleJS - The Tiny JavaScript Game Engine That Can

The Tiny JavaScript Game Engine That Can! ??