🔥 Set up your new Solid component library in seconds!

Developing components is often a visual process. As a result, vite is being used as a build tool and as a dev environment! Just run npm run dev and you can live code your component.

At build time, Vite unfortunately cannot exclude dependencies automatically. Dependencies you install need to be externalized so that it doesn't appear in the final bundle!

Oftentimes, there can be issues that only appear after build time. As a result, we added a test-project folder where you can use your Solid component and test if it actually works in a real project!

Get any Candy Machine ID in seconds with this npm module!

What Does it do? Grabs Candy Machine ID of any v1 or v2 candy machine websites. Installation npm i candymachinescraper --save Example Usage // Get Can

Deploy a local project to Replit, in seconds! How I built 1,000 personalised videos in 60 seconds In this article, we will show you how to build 1,000 personalized birthday videos for 1,000 differ

A jQuery plugin that creates a countdown timer in years, months, days, hours and seconds in the form a bunch of rotating 3d cubes

CountdownCube is a jQuery plugin that is in the form of a bunch of rotating 3D cubes. It uses CSS transitions to create the 3D rotating cube effects.

⏬ Fetch the most up-to-date ABI of verified Smart Contracts (including proxy implementations) from Etherscan in seconds!

etherscan-abi ⏬ 🚀 Fetch the most up-to-date ABI of verified Smart Contracts (including proxy implementations) from Etherscan in seconds! Usage CLI Fe

SET Revision is a website to help you identify "sets" in the card game SET.

Welcome to SET Revision! SET Revision is a website to help you identify "sets" in the card game SET. The code in this repository is aimed for learners

Solid Services Services are "global" objects useful for features that require shared state or persistent connections. Example uses of services might i

A ~2kb hotkeys library for solid that adds only 2 event listeners.

Solid Hotkeys - Cmd+S+H Solid Hotkeys is the easiest way to add hotkeys to your application. Built for and with Solid. Motivation You gotta have hotke

This package provides Solid components that makes it easier to use LiveKit in a Solid app. Inspired completely by https://github.com/livekit/livekit-r

Solid hCaptcha Component Library This is a port of @hcaptcha/react-hcaptcha for Solid. Description hCaptcha is a drop-replacement for reCAPTCHA that p

Dolmen Dolmen is a themeable UI component library designed to work with Solid.js and optimized for SSR (Server-side rendering). It provides a broad se

Create your own NFTs within seconds 🪄

MagicaNFT An automated process to create a number of NFTs At the moment, the program only makes pixelated NFTs, with only a certain number of characte

Infisical Infisical is a simple, end-to-end encrypted secrets manager for your .env files. It enables teams to securely sync and manage .env files in

solid-gesture solid-gesture is a port of @use-gesture/react which lets you bind richer mouse and touch events to any component or view. With the data

solid-split-pane Split pane component for Solid! Uses Split.Js under the hood. Takes all props that split.js takes, plus a gutterClass. (Q) Why not so

🚀AI拟声: 5秒内克隆您的声音并生成任意语音内容 Clone a voice in 5 seconds to generate arbitrary speech in real-time 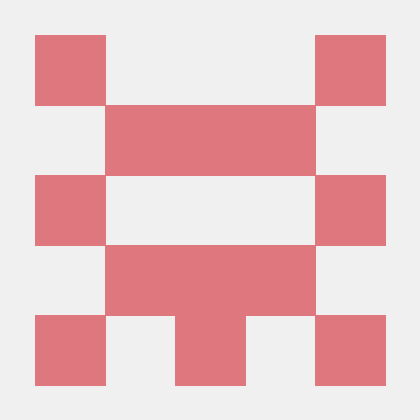 Get started on Remix with TypeScript and Tailwind CSS in seconds

remix-typescript-tailwind-quickstart Get started on Remix with TypeScript and Tailwind CSS in seconds. This is an example setup of Remix building on t