Ember Charts 3.5 2.3 L2 JavaScript A powerful and easy to use charting library for Ember.js

A charting library built with the Ember.js and d3.js frameworks. It includes time series, bar, pie, and scatter charts which are easy to extend and modify. The out-of-the-box behavior these chart components represents our thoughts on best practices in chart interactivity and presentation.

Ember Charts is an Ember CLI addon published to the public NPM repository at https://www.npmjs.com/package/ember-charts , so it can be installed like so:

Once it's installed, you can customize the look of Ember Charts with CSS.

Using Ember Charts with bower is deprecated and will eventually be removed. We recommend that you migrate your apps to Ember CLI! Documentation has been updated to show Ember CLI usage. If you need documentation for globals-based use, please check out version 0.5.0 of Ember Charts and follow the setup instructions under "Running Old Versions" to display the old guides.

After cloning this repo, install dependencies and run the demo application:

We aim to support the last two major versions of every common browser.

If you need to support further browsers, we welcome pull requests with fixes.

Touch support may work but has not been tested.

Got something to add? Great! Bug reports, feature ideas, and (especially) pull requests are extremely helpful, and this project wouldn't be where it is today without lots of help from the community.

Please read the contribution guidelines for directions on opening issues and working on the project.

In a nutshell, this means:

Releasing a New Version (For Maintainers)

Prior to releasing, ensure that the CHANGELOG.md is updated to track any changes that have been made since the prior release.

The local configuration file for release-it is named .release-it.json, found in the root directory of the repository.

By default, release-it without options will increment the version number (X.Y.Z --> X.Y.(Z+1)) in the VERSION file and package.json file, and then commit the resulting changes to the ember-charts git repository.

If you want to control the version number, use these options:

Ember Charts has also configured release-it to automatically update the gh-pages branch (from which the demo and documentation website is published). This is done by pushing the /ember-dist/ directory after constructing it with ember build. These commands can be seen in the .release-it.json file.

release-it is also configured to automatically publish the updated version to npm.

Lastly, the new version should be released on Github, which can be done via the Github UI after the steps above are complete.

Licensed under the BSD License (the "License"); you may not use this work except in compliance with the License. You may obtain a copy of the License in the LICENSE.md file.

Compact Chart Visualize your data under a minute, in any Javascript framework Table of Contents About How to use it Examples Demo Plain HTML Example w

Smoothie Charts is a really small charting library designed for live streaming data. I built it to reduce the headaches I was getting from watching ch

Ember Chart This Ember CLI addon is a simple wrapper for ChartJS (v2.9). Compatibility Ember.js v3.12 or above Ember CLI v2.13 or above Node.js v10 or

Plotly.js is a standalone Javascript data visualization library, and it also powers the Python and R modules named plotly in those respective ecosyste

Simple package to facilitate and automate the use of charts in Laravel 5.x using Chartjs v2 library

laravel-chartjs - Chart.js v2 wrapper for Laravel 5.x Simple package to facilitate and automate the use of charts in Laravel 5.x using the Chart.js v2

📱📈An elegant, interactive and flexible charting library for mobile.

中文 README F2 is born for mobile, developed for developers as well as designers. It is Html5 Canvas-based, and is also compatible with Node.js, Weex an

📱📈An elegant, interactive and flexible charting library for mobile.

NVD3 - A reusable D3 charting library Inspired by the work of Mike Bostock's Towards Reusable Charts, and supported by a combined effort of Novus and

Liquify Liquify: fast, multi-threaded visualization of stream data with ChartJS & Angular. The aim of Liquify is to provide a fast, customizable and e 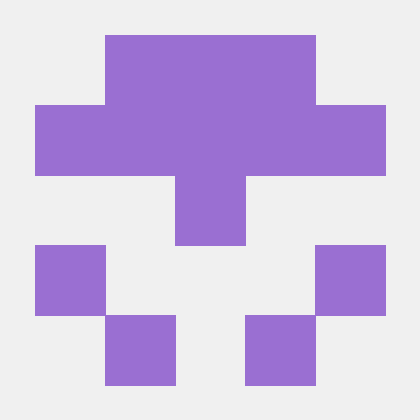 React components for Chart.js, the most popular charting library

A server-side-rendered charting library for Fresh

fresh_charts A server side rendered charting library for Fresh based on Chart.js. Usage There are two main ways to render a chart. There is the JSX/TS

Highcharts JS is a JavaScript charting library based on SVG, with fallbacks to VML and canvas for old browsers. Official website: www.highcharts.com D

Simple yet flexible JavaScript charting for designers & developers Documentation All the links point to the new version 3 of the lib. Introduction Get

Free Bootstrap 5 Admin and Dashboard Template that comes with all essential dashboard components, elements, charts, graph and application pages. Download now for free and use with personal or commercial projects.

Installation npm install --save chartjs-plugin-waterfall Here's what it looks like: Usage Just import the plugin and add it to any chart that you want

A web application to 🔍inspect your GitHub Profile Stats📊 in a lucid way. Visualization made easy with Charts💡🚀

know-your-gitstats A web application to ?? inspect your GitHub Profile Stats ?? in a lucid way. Visualization made easy with Charts ?? ?? . ✅ Features